I have been genuinely amazed by some of the responses to our article last week.

Some have said that Mairi and I are ‘unbiblical’. Some have said that we are selfish. Some have said that we’re damaging others and one person has even suggested we’re not saved. Some have claimed that they’re ‘praying for us’ and, literally seconds later, have decided to damn us. (I’m pretty sure the world record was set during the week for the most laughable prayer ever muttered: “Oh Jesus, would You bless Nick and Mairi in this blog series…but then again, I think they might be only after applause…so they must need telling off…they need warning…smite them, Lord!”).

It has felt like the downing of a large cocktail of sadness and bewilderment to us as, in one fell swoop, some have wanted to gather stones to smash our skulls while offering sham pseudo-prayers, as though their ‘blessings’ concealed the pile of rocks behind their back.

Welcome to the number one problem facing the unsaved world…

The Church of Jesus Christ.

The immediate assumption in saying this is that we don’t love the church or recognise our own contribution to its imperfection. Or that perhaps we don’t understand the relationship between love for Jesus and love for His body. This is just silly. Is it unloving for a young person to have a conversation with their parents about why they should or shouldn’t do X, Y and Z; is it really unloving to ask some questions about why church does what it does and, just as importantly, does not do what it should? (I will get to this).

Let me make one thing perfectly clear: leaving a church, (as opposed to leaving the church), and having a pause for reflection and enquiry, is not even close to being unbiblical or unwise. If you genuinely believe that it is, you need to ask yourself (biblically) why this is the case. Why is it better to attend a church that you fundamentally disagree with rather than having some time out to seek God for a better, more authentic way forward? I had no idea that our salvation, our wisdom and our security was as frail as this tissue-paper existence, did you?

The Kingdom cf. The Church

In all honesty, I wasn’t sure how this blog series was going to take shape. All I knew roughly were the areas that I wanted to write about (the Bible, church leadership and culture, marriage, the kingdom, millennial discipleship) but I wasn’t quite sure where to start. But the comments and emails sent to us this week, both positive and negative,  have convinced me that the Church is the starting point.

Reading some of these responses has been like the sudden lifting of a ginormous red curtain on a theatre stage, revealing not a modern version of the cave of Adullam (church leaders reading this – please, this is too easy a conclusion), but a significant part of the church for whom denominational ‘expression’ is not compatible with their Bible nor with the longings of their heart for the dynamic power of the kingdom of God.

I think Mairi and I have discovered that we’re actually characters written into this play.

Have you ever asked yourself, what has what we call ‘church’ got to do with the kingdom of God? What I mean is, how do they relate? Do we even know? Why do we not even ask? 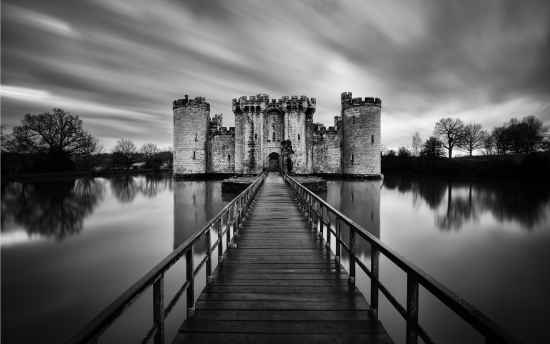 As signposts towards this mysterious, illusive reality of the kingdom within this series, last week I promised to include weekly annotations in a notebook entitled every day is a school day. This is important because, ultimately, this is why I’m writing – to discover (and help others to discover) the kingdom of God.

This week something amazing happened:

A friend of ours, a senior leader of a church in Edinburgh, called me on my mobile out of the blue. I couldn’t take his call because I was rushing out of the house but I assumed that he was phoning because he’d seen my blog about our decision to leave our church. When we did manage to speak, it turned out that he hadn’t read my blog at all, (he hadn’t even seen it), but that Mairi and I had been on his mind and he’d wanted to call to see how we were.

Within the maze of publicity that I was already navigating, this phone call subsequently struck me as a glaring kingdom signpost: the supernatural activity of the Holy Spirit to prompt someone to go out of their way, (for reasons known only to God), at a very specific time, to reach out to two people that He’d put on their mind. I was reminded of Cornelius’ encounter with an angel as the Holy Spirit connected him with Peter in Acts 10.

Can you see the difference between the two realities that I’m describing? On the one hand, we have the hurtful immaturity of the so-called ‘brethren’ and, on the other, the mind-blowing activity of the Spirit of God. One takes life, the other gives life. One is false, the other is true. One is earthly, the other is eternal.

This signpost underlined for us that much of what goes on within church is very difficult to resolve with the kingdom of God as we see it clearly displayed and taught in the Bible by Jesus. How can the revealed attitudes of some this week be united with those of others? The truth is they don’t relate in any way.

Into The Pray was born because it has become our concern that much of what is called ‘church’ actually does not relate in any way to the kingdom of God. I’ve touched above on specific areas that I’d like to dig down into over the five or so pieces within this series. Similarly, continuing next week, I’m going to specifically focus on why church does what it shouldn’t and, just as importantly, does not do what it should.

Here are a few of our snaps from Copenhagen where we visited for our wedding anniversary last week!

END_OF_DOCUMENT_TOKEN_TO_BE_REPLACED

A chicken and gherkin sandwich, a mozzarella and tomato salad, some crackers, one of those sealed tubs of airline water that you only ever see on a flight, and a surprisingly tasty chocolate mouse: We’re en route back to Edinburgh from a week’s mission trip in Albania and I’m very thankful for the packed lunch Turkish Airways have just provided for our evening meal.

Our gratitude has been primed.

END_OF_DOCUMENT_TOKEN_TO_BE_REPLACED

There isn’t a question mark in this verse because God is making a statement through the Prophet Isaiah rather than asking a question – notice the exclamation of ‘How beautiful’ – it’s as though God can’t take in how beautiful our feet are to Him. There is a longing in the Word of God for the ones God has made.

As for the saints (godly people) who are in the land, they are the majestic and the noble and the excellent ones in whom is all my delight.

Similarly, in Romans 10:15 quoting this exact verse from Isaiah 52 above, Paul makes a bold and missionally motivating proclamation of the beauty of the church rather than asking the church in Rome to go away and work out if they were worthy or able enough.

No. God delights in us and this is the boiler room of our ‘going’. He call us Hephzibah not Azubah or Shemamah; He calls us My Delight is in her not Abandoned or Desolate (See Isaiah 62).

God delights in us enough to have orchestrated the great condescension of Jesus from the glory and majesty of the throne of God to the frailty of human frame and the freezing temperatures and animal muck of a farmyard.

Imagine being a Daddy and having a beautiful newborn baby boy. Imagine laying him on a cross of torture and suffering. Imagine placing him down naked on a cold, wet winter pavement, turning away and abandoning him.

What love is this?

This Love is our God and our Saviour.

This Christmas I’m taking this verse from Isaiah 52, where God describes our feet as being beautiful, and digging down into why it often is that we live and move and have our being with cold feet rather than the experience of feet that are beautiful.

Cold Feet is a term often forming part of the stereotype for men and women who have a fear of commitment to long-term relationships or marriage. I’m sure that all of us can relate to this same ‘fear’ when it comes to going hard after God and the great commission – of taking the gospel to the lost.

How about you? Do you have cold feet when it comes to the glorious gospel and ‘publishing’ and proclaiming it boldly for popular consumption? I know I often do.

We need to walk more closely with the Spirit of God.

This Advent I’m making room to reconsider Jesus, the call of God on my life and how it is that I “Go” for the sake of the lost, the church and the glory of His name.

Would you join me? 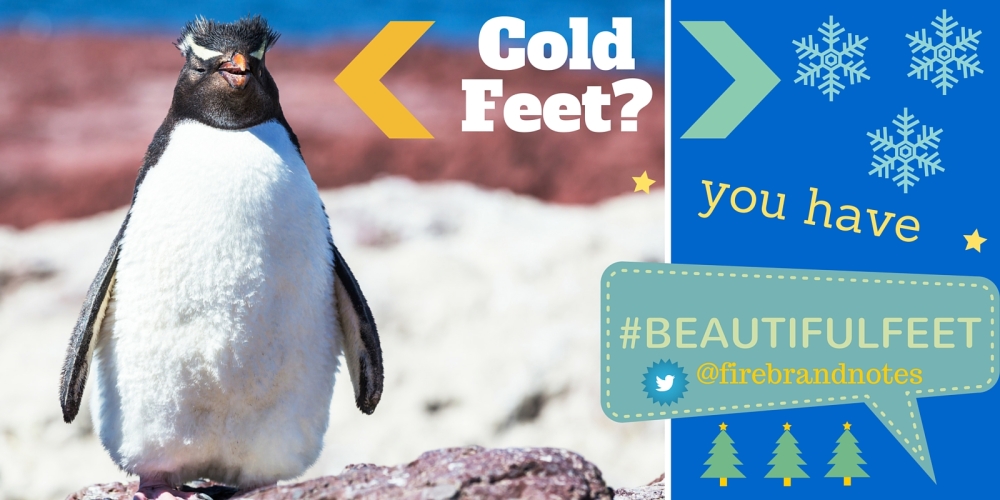