A close and legenadary Film Director friend of mine once inspired me to think about the difference between movies and films: a movie is often for popping pop-corn, action, explosions, the BIG SCREEN; whereas a film can be all of those things but still be in a league of its own as an artistic creation rather than just as a mode of entertainment.

One of my favourite films of all time is The Prince of Egypt produced by DreamWorks. I remember watching it for the first time in 1999 in Europe’s oldest purpose-built cinema in Paignton and being moved to tears by the sense of God’s presence and biblical accuracy that the film carries. The burning bush scene and the splitting of the Red Sea gets me every single time! 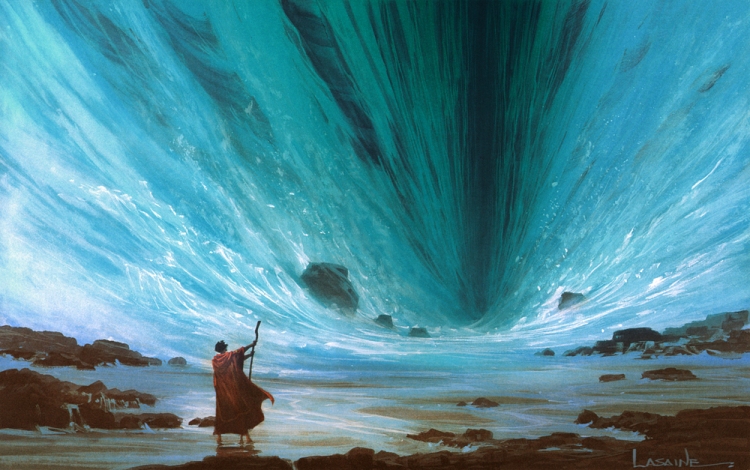 It’s a little odd then that it has taken me until now to watch Ridley Scott’s Exodus: Gods and Kings.

I think one of the reasons why I hadn’t gone to the cinema for it or watched it before now at home is because my expectations (via rumour and hearsay) were so low. After all, I had turned off Darren Aronofsky’s portrayal of Noah before the titles of the movie had finished rolling.

Scott’s film was different, though; it was one of the most mesmerising and provoking films I’ve seen in a long time – probably years. The stunning visual experience (blu-ray is a must) of being transported into the ancient Egyptian world is, alone, worth buying the film for. However accurate the historicity is of the film, or not, is irrelevant because, even with creative license, it still gives you a glimpse of what it must have looked and sounded like in the time of Moses, way beyond the animated marvel of The Prince of Egypt.

However, where DreamWorks was sweetness all of the way, the producers of this film left me with an irritating and even disappointing bitter-sweetness to deal with as the credits did their thing.

To keep this piece to a reasonable length, I’m just going to summarise the bitter and the sweet below in bullet-points (in reverse) and then conclude with a final paragraph. Whether a scene or a portrayal was bitter or sweet to me, I trust, was because of what I mentioned in the second sentence, above – the presence of God and the honouring of His word:

Ultimately, this bitter-sweet cinematic cocktail is to do with biblical literacy: Scott wasn’t a truth-teller in this film, and he could have been, even if he hadn’t believed personally. He produced a clever film – provoking in the beauty and scope of its reach and stirring of our emotions, but it simply failed to be true enough to the bible for it to be respected, especially in the last 45 minutes after the children of Israel were released. I can’t see this as anything other than a deliberate choice by the director.

It is for this reason that I’d classify Exodus: Gods and Kings as a movie rather than as a film and point to where DreamWorks successfully made a film, though it was animated.

This is a crying shame.

But I’ll still buy the blu-ray to be transported back again to the time of Moses…just not the pages of the Bible.