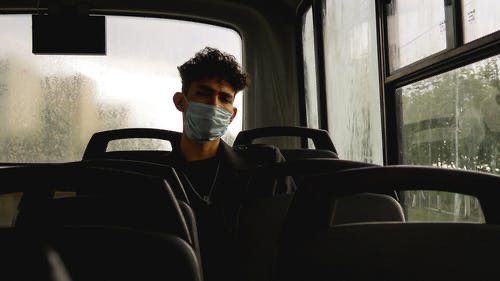 The habit of using more words than is needed is the difference between being articulate & being confusing, of hindering the Church & helping it.

Paul’s command to the Corinthian church, “eagerly desire the gifts of the Spirit, especially the gift of prophecy,” was to help & ‘benefit’ them, (1 Cor 14:6), via an emphasis on clarity.

So, interestingly, (think of the distinct notes of David’s harp in 1 Samuel 16), Paul uses the theme of music to underline a major point re the gifts of the Holy Spirit:

How horrid would a flute or a harp (or any instrument) be if it did not produce individually distinct notes?

Imagine if every time you struck an individual note on a guitar or a piano you instead heard complex chords! How would any music ever be written or listened to without uncertainty? Imagine if the human voice didn’t articulate individual notes either. How confusing would singing then sound?

The fact is that the “beneficial” heights of musical melody require the ‘discipline of distinction’ more than the ‘flamboyance of harmony’.

Similarly, the gift of tongues is not as important in Paul’s thinking as the gift of prophecy because it is prophecy that is to “build up” the Body of Christ as a whole. Paul taught that tongues, (obscure languages), are for the individual more than the corporate whole. (1 Corinthians 14:19).

Therefore, it stands to reason today that if “prophetic words” are difficult to verify, follow, understand, retain & summarise for others, there is a legitimate question mark over the wisdom of the “prophetic word” & the “prophet” speaking them.

If God is speaking, we should expect it to be with clarity rather than ambiguity or ambivalence. God is not confusing; the sheep know His voice instinctively.

The Church is not being helped by prophetic “words”, or “prophetic people”, who are bent on waxing lyrical to “embellish” the Kingdom of God rather than explaining it very clearly in plain prose for, “every boy that driveth the plough”. Tyndale would weep.

Verbosity hampers the message; be articulate not verbose. Prophesy biblically.