As regular readers of Firebrand Notes, you’ll know that we’ve not long come back from the debut Jesus Fields summer gathering down in South West England. It was a time of “word, spirit, mission” – the Word of God, the Spirit of God and the mission of God!

What made the time so refreshing for both the core leadership as well as all the delegates, was the opportunity to actually put into practice that which we believe! So many Christian conferences are only about feasting when really they should be committing to a new missional exercise plan of ‘going and telling’ – taking Jesus to the people rather than inviting the people to church.

That’s exactly what we did. Gloucester, Stroud and Cheltenham were on our hit-list of gospel targets for bold proclamation, healing on the streets (HOTS), live worship and prayer. We got to hang out with Mark Marx all week as he and Linda came and poured out from their wealth of experience founding/leading Healing on the Streets based in Coleraine, Northern Ireland.

Many people were impacted by the presence and power of God, healed from disease and sickness and brought into the family of God through faith in Jesus! Being in the town centres of these places, kneeling in prayer together and rising bold in witness, was a joy to behold. 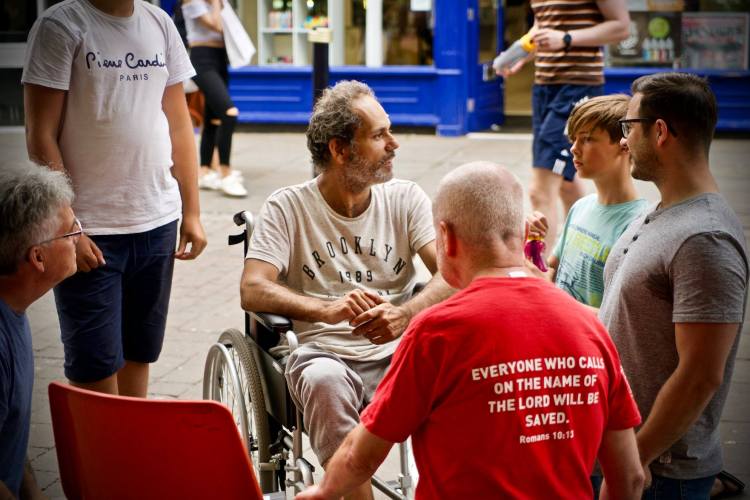 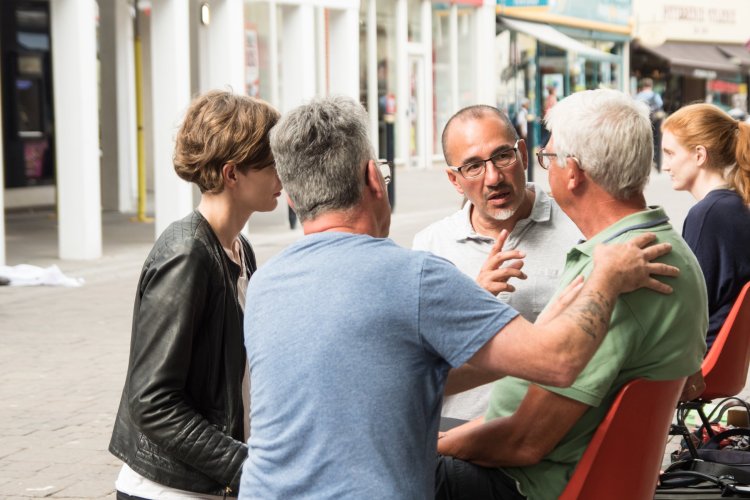 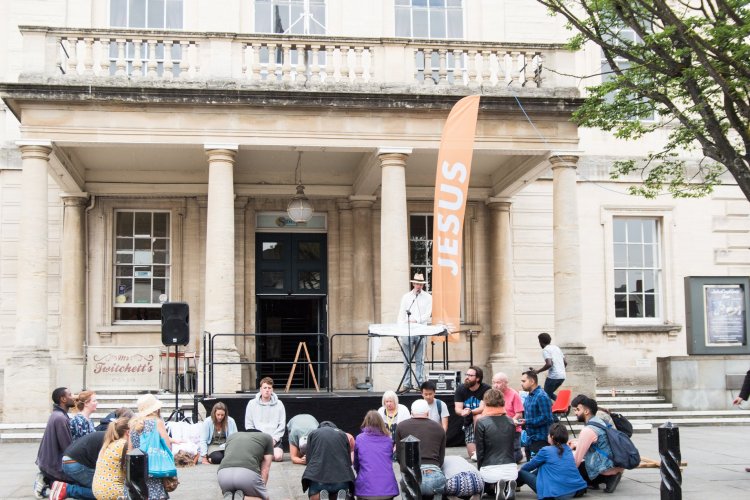 Being involved in this type of ministry shouldn’t be unusual, but it is. We’re so conditioned to a sub-par missional existence as followers of Jesus that whenever there’s any public witness we start getting excited. But, we’re called to this every single day. Until whole towns and cities (and mosques) are being turned upside down (Acts 17:6) we’re not where we should be and arguably not in full obedience to Jesus.

What’s Next? In Christ

Well, there are two main emphases on my heart: the glory of God in evangelism and raising future Jedis. They’re both worthy of separate blogs so I’ll take the generational Jedi thought first.

The Lord spoke clearly to my heart before we travelled down to Jesus Fields. He held me over Romans 6 for weeks as I revisited teaching after teaching about these glorious verses. Twenty six years ago, my Dad wrote verse 11 on the inside of my baptismal Bible (29th March 1992):

These words are to be appropriated over a lifetime and marinated into our existence as those who no longer live but who Christ lives within (Galatians 2:19). The point is this: we are literally to be reckoned dead with Christ but also alive with Him – a death like His and a life like His. Suffering and glory. This reality is just that – a reality. It’s not Paul being poetic or clever, it’s the living, beating, first-stop, base-camp of our identity as those who have been born again.

Arguably Paul’s favourite expression in all of his new testament writing, in Christ features more than 70 times in your Bible. For Paul, it was the ultimate reality of being in Christ that governed all of his thinking, moving and being. We too must consider this union with Christ as the beginning and ending of all of our discipleship as we not only progress ourselves but also raise young believers/leaders for the times ahead. If we don’t progress beyond poetic device and cognitive belief into fruitful living and felt experience, we will go to heaven largely empty-handed.

Following months of my own private devotional emphasis beforehand, it was this emphasis of death in Christ and life in Christ – burial and resurrection – that the Spirit of God trumpeted in our midst during this summer’s Jesus Fields gathering. Much could be said about this in terms of evangelism and where the UK Church is heading in these dark days, but I want to just emphasise one thing here today. It is incumbent upon us as leaders to raise young disciples and emerging leaders with the skillset and impulse to stand and fight the good fight of the faith. Not just in the general terms of Ephesians 6 but specifically against the aggressive totalitarian tides in society that are rising probably faster than we realise.

Blessed be the Lord, my rock,
who trains my hands for war,
and my fingers for battle;

When the enemy shall come in like a flood, the Spirit of the Lord shall lift up a standard against him

The Church has failed (and is woefully failing) to prepare the people of God for the schemes of the enemy, for persecution and prosecution. The pandemic of biblical illiteracy is now coming back to bite us in the bum big time compounded by ‘legacy-leaving’, traditional institutions who believe it’s enough to ‘get the Bible into as many hands as possible’. What utter nonsense! Satan is perfectly happy with the Bible in people’s hands if they don’t understand it or, better still, are taught to love and embrace error or skewed conservative emphases. This atrophy of ancient missional adrenaline and biblical faith is why you see and hear of so few people today thundering via spiritual violence against the spirit of the age and the counterfeit narratives coursing through our cultural veins.

Here’s a question for us all: if so few Christian men and women are prepared and able to stand against the atheist, islamic, humanist, relativist, secularised totalitarianism of our time now, how on Earth can we think that leaders in ten or twenty years time will be able to do any better?

Bible Colleges or Back to Basics?

When I saw the photo above pop up on my laptop during a recent photography job, it brought a smile to my face – oh, the pure elation of a child chasing a balloon! And our strength is to be found only in the joy of the Lord, isn’t it? We’re meant to rest as we rise to confound and rebuke the counterfeits and haters (Ephesians 5:11). But we must deliberately remember this little boy’s facial expression because it’s a glimpse of the future of the Church to which we’re inextricably linked – a future of  suffering in persecution but also a rising in unprecedented glory. (Romans 8:18). Why not go ahead, print the photo off and even frame it?

So, we must be urgently intentional about instilling into the emerging generations the need to be fully allied to Jesus, every single thing that He says, every single word, and not allow the bullying to continue into cultural submissions and intimidations that are bent only on our spiritual impotence. We must raise a generation to be able to stand against the zeitgeist, firm in the Word, Spirit and mission of God. No more. No less.

On behalf of all the young people in the UK Church, I apologise unreservedly for letting you down, not personally but corporately in the lack of leadership and Bible handling that you’ve not had, and of missional models and practices that you’ve not seen. I apologise that the Church has been so segmented into denominational madnesses that you’ve been prevented from seeing the Body of Christ fully alive as it will be before He returns.

You deserve to have known what it really means to be a follower and lover of Jesus in the 21st Century.

Arise Jedi Messiah ones – your time is coming.